May God Bless America, land that I love!

I’m so incredibly thankful to be an American. I try not to take my freedom for granted; I’m sobered by the fact that so many sacrificed everything that I might live my life as a citizen of the greatest nation on earth. I know that with my privilege comes a sober responsibility; unto whom much is given, much is required. My prayers remain constant for our country. 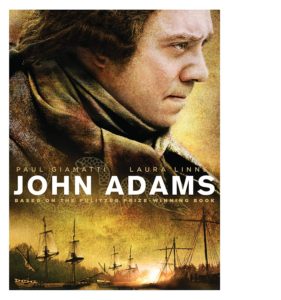 Preparations are in full swing this week for our country’s biggest summer celebration. The Fourth of July – also known as Independence Day or July 4th – has been a federal holiday in the United States since 1941, but the tradition of Independence Day celebrations goes back to the 18th century and the American Revolution. On July 2nd, 1776, the Continental Congress voted in favor of independence, and two days later delegates from the 13 colonies adopted the Declaration of Independence, a historic document drafted by Thomas Jefferson. (I highly recommend John Adams, the 7-part documentary series based on the Pulitzer Prize winning book by David McCullough, starring Paul Giamatti and Laura Linney. It masterfully depicts this time period, the characters involved and the unfolding of events leading to our Independence.)

From 1776 to the present day, July 4th has been celebrated as the birth of American independence, with festivities ranging from fireworks, parades and concerts to more casual family gatherings and barbecues. 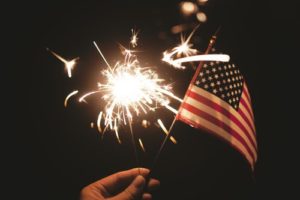 Have a safe and happy 4th as you celebrate the USA!